You may have noticed quite a bit of dust stirring across the country side in the last few weeks.  Planters have been rolling for hours on end, precisely planting the 2014 Corn and Soybean crops across the Midwest.  Overall, the 2014 planting season got off to slow start a few weeks ago but then was quickly stalled out with rains and constant cold throughout most of the Midwest.  Our farm was no exception to this rule. We began planting Corn this “spring” about 3 weeks later than we would normally like to, but that is ok.  Why? you may ask?  Because 5 out of the last 6 growing seasons where we have planted late, have resulted in above trendline yields on Midwestern grain farms!  Most notably for us was 2009 and 2013.  Both years served up difficult and late planting seasons but also offered 2 of the best harvests we have ever had.

To prep for #plant14 we first have to prep the ground using our 4 wheel drive tractor and soil finisher.  The finisher slices up the remaining stubble from the previous year, levels the ground and uproots any weeds that may be present all in a matter of seconds.  With the soil finisher we can travel at around 8.5mph across the field, pulling 3 or so inches deep and 39’9″ wide, averaging around 38 acres per hour.  As you may imagine, doing so requires a good tractor to pull it.  Our tractor is a John Deere 9510,weighing in at 44,000 lb,  touting 510hp with a fuel capacity of 300 (give or take) gallons of Diesel Fuel.  When pulling the soil finisher we burn around 0.7 gallons of fuel per acre, or 26 gallons per hour.  Learn more about our tractor by clicking here.

I made a short video of this tractor and finisher in action using my UAS Drone and GoPro Camera.

As the ground began to slowly dry out, we decided to plant our first field of corn.  Mother nature wasn’t exactly cooperating though, as it was and still is much colder than what we would like it to be for this time of the year.

This year is my first year as a GoPro Camera owner.  I have one for my UAS and 2 other older GoPros to play around with.  So, I put them to work while planting our first field this spring.

THE most important thing on our Family Farm is, you guessed it, Family!  While the Spring Season brings the time to plant with it, it also brings things like Tball, Baseball, and Softball for us.  On the day this pic was taken, we could have been out in the field planting corn, however we were right where we needed to be, watching our little mans first ever Pinto Baseball game!

This Spring I had a great opportunity to talk about what we do to many many people when I was invited to bring our tractor up to our towns “SpringFest” which included a “Touch A Truck” section.  There were Fire Trucks, Police Cars, a Garbage Truck and a Semi truck there as well as our tractor for kids of all ages to explore.  I was more than happy to answer the questions of the (my estimate) of 300-500 people who visited the tractor in the 5 hours I was there.

While the rain delays of the spring season continued, I was honored to be asked to do a presentation on Agricultural UAS (Drones) for an Agricultural Technology Class at Joliet Jr College.    After a 30 minute presentation indoors, the weather cooperated (just barely enough) to take the class outside and give a live demonstration.  Mr. Johnson in the schools Ag Department even piloted the UAS for a bit.  The schools Ag Department hopes to purchase their own UAS in the coming months so they can better educate their students on the benefits of their use. 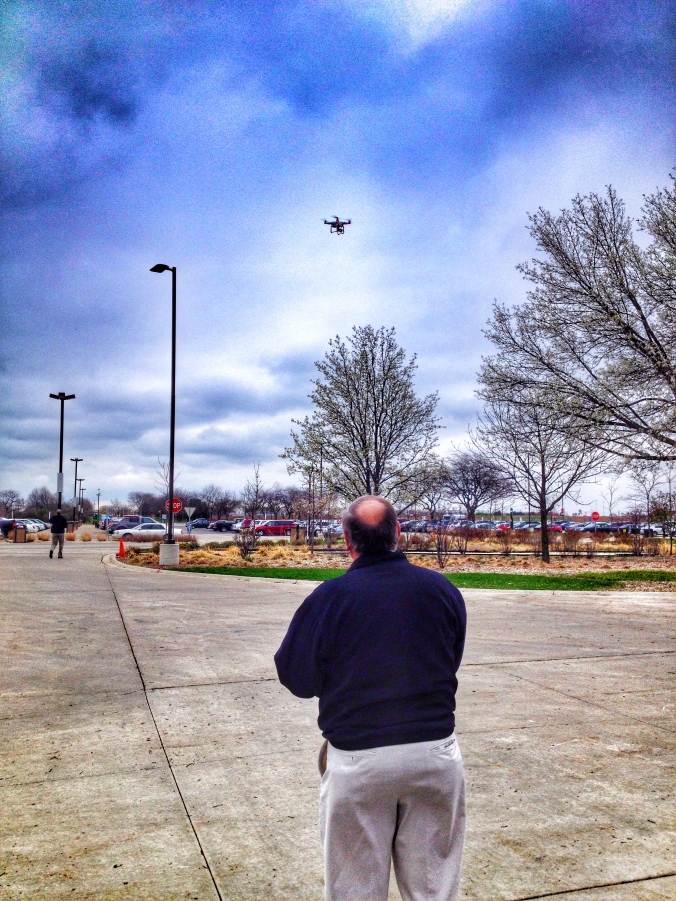 Soon after plant14 began to roll on once again, and things got back to normal.  So I thought.  After running out of seed one night in a nearby field, I drove back to the house, filled with seed, had a quick bite for dinner and drove back to the field.  There I found something I never thought I would find.  4 puppies who had obviously been dropped off.  Naturally I stopped and tried to coax them to come by me.  At first they were a bit shy, but once they realized I was there to help, we quickly became friends.  My wife brought out our portable dog kennel, and we loaded them up to keep them safe.  From there they spent a few nights in our shed, protected from the elements and predators that they would have been up against out there all on their own.  Within a few days time, we had them checked out at the vet, (all are in good health) and have found Furever homes for them.  Well, all except one, which we decided to keep!  Like many Pirates, he has one bad eye that will require surgery to fix, leading us to name him “Captain Jack” (Sparrow) from the Pirates of the Caribbean movie series. 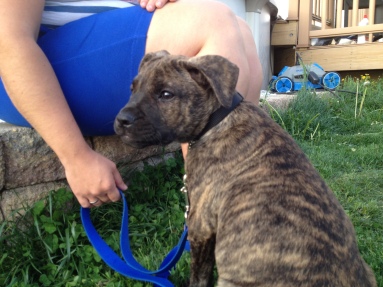 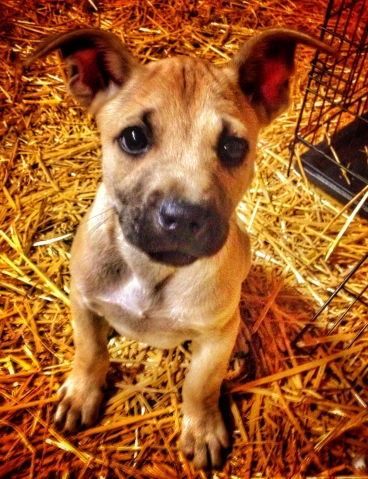 After all was settled with the pups that night, Plant14 rolled into the night.

Shortly thereafter we finished up Corn Planting for the season.

Click here to watch as we close up the #plant14 corn season around midnight.

As the weather turned more favorable, we switched to planting soybeans.  In this picture, we are filling the planters large seed boxes with approximately 5.8 million soybeans taken from our seed wagon.  These soybeans will  be precisely planted at various populations over roughly 80 acres of land before I will have to fill up again. Check out my recent post about how farmers are using GPS and VRT Technologies to Plant Efficiently by clicking here

Last but not least: 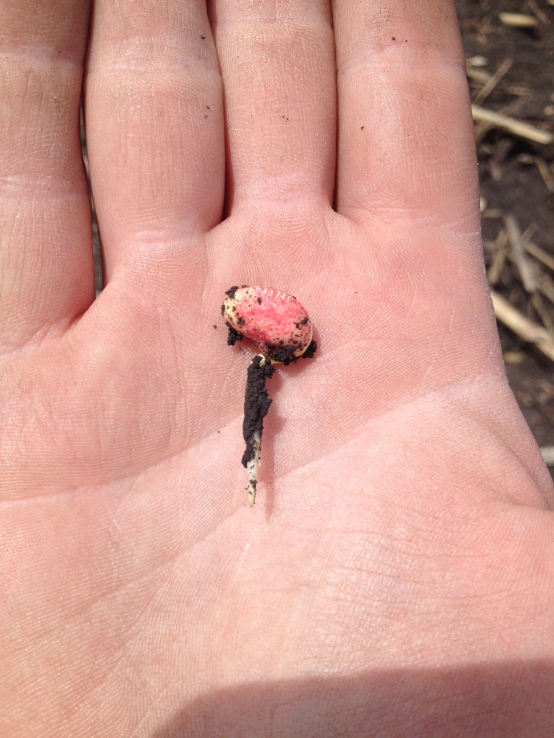 Warmer weather and a nice warm rain have helped bring new life to the farm.

TOP: a soybean planted 2 days ago shows a future root emerging from the soybean seed as it begins to grow.

BOTTOM: Our first planted field of corn is emerging nicely.

Have a great weekend everyone and check out the latest “AgriNews” newspaper. You might just see some familiar faces on the front page!